Starting things off with a bang, new Source snow team rider Todd Williamson brought home the bacon last week at the Sasktel Jibfest in Regina. After some welcome wagon cocktails the evening before, Todd found himself in the bullet-proof ice first heat in Saturday’s qualifier. Amidst the challenges, Todd laid the beat-down on the Jibfest setup like Rocky Balboa on frozen Philadelphia tenderloin and ultimately ended on top of the podium with a novelty-sized cheque. Todd continued to lead a parade to the afterparty and made due on the prairie 25% rule!

Todd warming up with a switch front board. 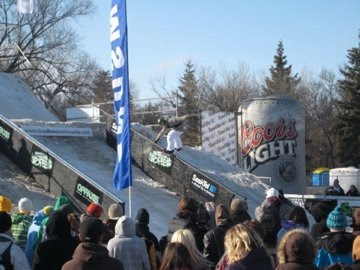 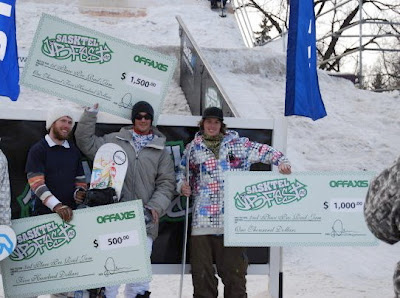