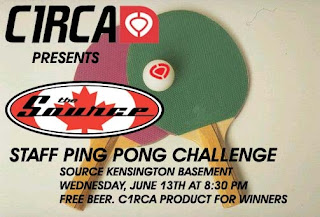 Fierce competition came from all around the city, looking to claim the most prized trophy of ping pong, the GOLDEN LADY. 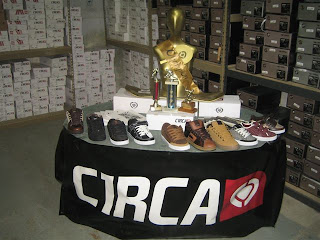 Fueled by Kokanee and Indian Short Ribs courtesy of the Source and C1RCA, the participants met on the ping pong battlefield playing through an excruciating round robin of ping pong mayhem. 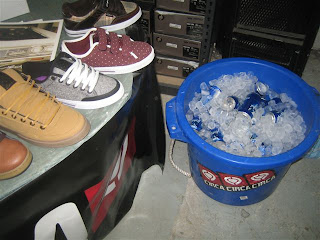 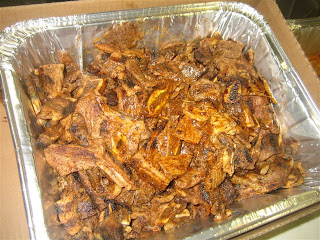 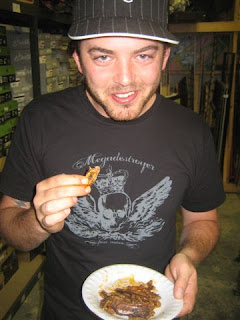 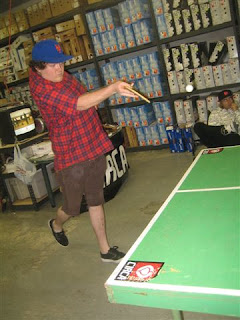 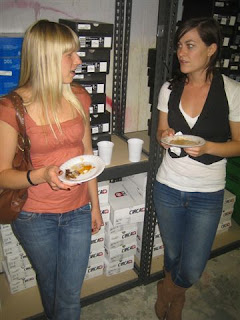 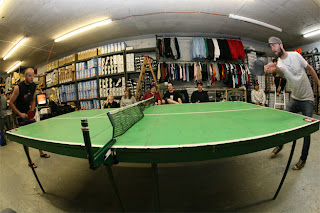 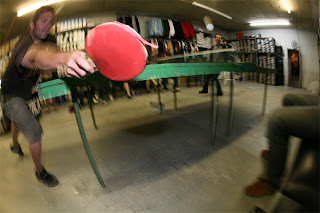 The intensity of the competition reached critical levels, with fierce competitors like LT SMASH, SCRAP DOG & MATT (PONY BOY) RAINE taking no prisoners on their way to ping pong victory. 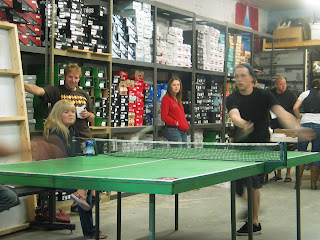 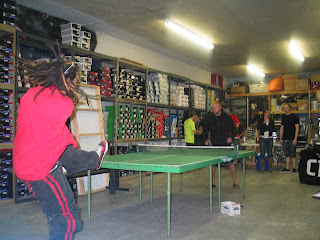 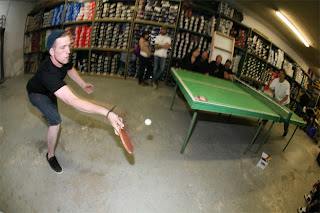 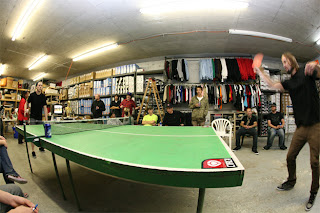 In the end, it was the smooth style and masterful ping pong prowess of Devin Morrison that claimed first place and the coveted GOLDEN LADY. 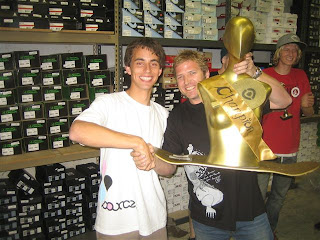 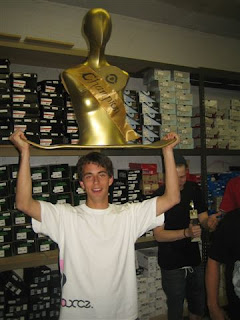 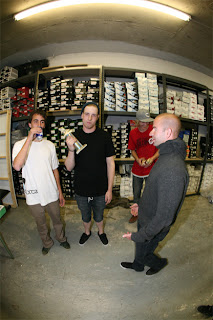 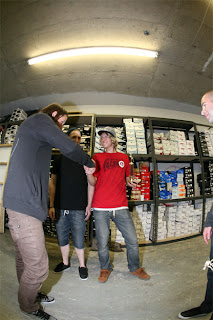 Thanks to Mike and Zev from C1RCA for an intense evening of ping pong madness!